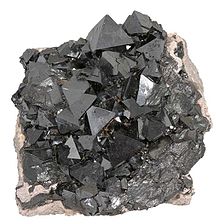 One of the governing principles shared by the Feldenkrais Method® and hatha yoga is the notion that our experiences in the movement classroom bring us closer to ourselves; and therefore give us new perspectives on our lives in general, which may lead to greater well-being. But how does this happen? Spontaneous eruptions of pleasantness? Urgent and fastidious planning? Constant self-conscious awareness of the present moment?

Moshe Feldenkrais elucidated a theory that experience is made up of four component parts—all interrelated and indivisible, but nonetheless describable: sensing, feeling, thinking, and acting. Action, he pronounced, is the only thing we have the power to change*. Sensing, feeling and thinking, being largely organic processes located in the body and primarily organized by our unconscious, cannot be affected by our desire, intention or will. The only area where we have choice is in action.

This is what makes the movement classroom such a potent site. In it, we reenact our most unconscious habits, make discoveries of what was once buried, and alight on new ways of doing. But what is to keep this process of illumination from staying in the classroom? In yoga, there is much talk about “taking your yoga off the mat”. More and more yogis are practicing at home, at work, on the beach and on the slopes. Wonderful efforts are being made in the direction of social justice and community involvement among yoga practitioners. But what is the process? What is the mechanism of change inside the individual that leads her from stretching her hamstrings to stretching her personal limitations at work, at play or at home?

The Feldenkrais Method points to something important in his name for his group lessons: Awareness Through Movement®. During Awareness Through Movement classes, students are constantly referring to their changing sensations, moment by moment, while in movement, and during the many rest periods. A Feldenkrais® teacher will guide the students’ attention to certain lodestones of sensation, like the way the feet contact the floor, or the parts of the trunk moved by the breath, or the perceived length of a limb. The teacher will refer back to these lodestones again and again in order to create reference points for each student to notice sensory and perceptual changes in himself over time. These lodestones are enormously important to the student’s ability to recognize and “metabolize” changes in her actions.

What if — in the yoga classroom or any movement class — we make use of this powerful mechanism of awareness? What if we observe something about ourselves when we begin, and give ourselves many opportunities to check in again as we continue? This requires that we slow down sometimes, and occasionally interrupt the flow of movement so that we can take in our sensations with less physical noise.

What if we observe the way we are at the end of our movement class, and ask ourselves, “How do I sense myself now differently than at the beginning of class? Which of these sensations do I want to sustain? Which do I want to cultivate in myself later today, or later in the week, when I am walking into work or sitting at the dinner table with my family or warming up to play basketball? What is the bodily feeling that I am recognizing right now that I want to carry with me somehow, even — especially! — when I’m under stress or in some unfamiliar territory?

These bodily sensations are how we know ourselves. They are traces of ourselves in action. When we create lodestones for ourselves—recognizable markers of sensation—we give ourselves greater opportunity to know ourselves well. We may watch ourselves unfold with greater clarity, and act more simply without unpleasant internal interference.

Sheri Cohen is an Assistant Trainer in the Feldenkrais Method®, registered yoga teacher, and dancer with 30 years of experience teaching movement arts. She teaches regular weekly classes, special workshops and teacher trainings in Seattle, WA, where she maintains a lively Feldenkrais practice.  For more information, go to shericohenmovement.com