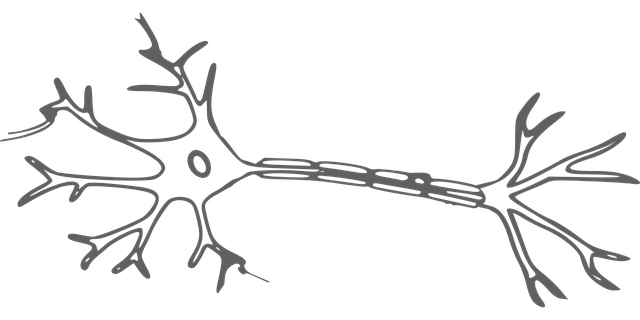 For anyone who has ever worked with a Feldenkrais practitioner, you may have discovered that the Feldenkrais Method® works, but you may not know how it works. For those who are curious, it works because the brain is plastic – meaning, it is malleable. According to brainline.org, the definition of neuroplasticity is “the brain’s amazing capacity to change and adapt. It refers to the physiological changes in the brain that happen as the result of our interactions with our environment. From the time the brain begins to develop in utero until the day we die, the connections among the cells in our brains reorganize in response to our changing needs. This dynamic process allows us to learn from and adapt to different experiences.”

The body and the mind are one. There is no influence or change in one without the other. The nervous system, which dictates all of our movement, is constantly taking in information from our environment and putting it back out.

Our brains evolved to learn. Once upon a time, we were explorers – we moved about the lands and unknown terrains with curiosity. We constantly had to climb, crawl, swim, run, roll – you name it. Despite changing conditions, our brains still operate the same way – constantly learning and making connections.

With this in mind, we must throw out the notion that the brain is like a computer. The brain came long before computers were created. When we move a certain way, there is no code that sends the signal to move an exact way over and over again. Everything in our environment, as well as psychosocial factors, lay a role in the brain’s input/output systems and therefore directly influence how we will move. It is context dependent. There is no such thing as software. We must dismiss the idea that there is a code for sitting, standing, squatting, and doing any ordinary function.

Body scans, as practiced in the Feldenkrais Method, are a powerful way to begin an Awareness Through Movement® class by bringing awareness to parts of ourselves that may have become dormant or disconnected. Focusing on our movement is the first step in expanding our movement options. Then when we move, our brain and our nervous system communicate information. Each area of the body has a certain real estate on the brain’s surface. The more aware we are of a certain area, the more control we often have and therefore the more real estate. Waking seemingly forgotten areas will start to light up different parts of the brain, so we can begin to build more connections. As we practice, moving will become less strenuous as we connect neurons. To go even further, when we make smaller and finer distinctions between movements, the maps get even more clarity.

How do we rebuild and reconnect with ourselves? There are several things we can do: move in novel ways, move with intention, move slow (before moving fast), and with little effort. Best of all, be curious.

The Feldenkrais Method® is an effective, fun and empowering way to not only improve our function, but also move with less pain, discomfort, and stress. Dr. Feldenkrais was ahead of his time in developing a system that years later would be backed up by science and studies.

The brain can and will reorganize itself, most of the time without our conscious attention. The more aware we are of our ability to influence it, especially through movement, the more we can guide it to work in our favor.

If you would like to learn more about the brain’s ability to adapt, change structure and heal itself, please read The Brain’s Way of Healing by Norman Doidge.  The book is a wonderful compilation of different methods – both East and West, backed by science on how our brain can ultimately alter its structure for the better. Even better yet, find a Feldenkrais practitioner in your area and learn how to use movement to change your brain.

Tyler James Wall works as a Rehab Specialist in Seattle and helps individuals discover and recover their bodies through exploration, experimentation and corrective movement. His background as a strength and conditioning coach and dealing with repetitive use injuries led him to the Feldenkrais Method.

In his free time, he enjoys studying the brain and movement, both in books and in action. He is currently writing a book exploring how self-awareness develops through movement and exploration. A longtime student, he is currently set to be enrolled in a Feldenkrais training. You can reach him at www.tylerjameswall.com.